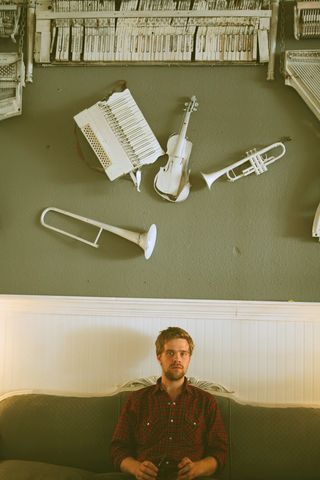 I came across Headphones, the new album by Jóhann Kristinsson, last week when I heard about it on the same day from three different people. It was also a couple of days after I had been given some fancy new headphones - so it all made sense. I listened to it online a couple of times and then I got myself a copy. The next logical step was to have a chat with Jóhann about his excellent new record.
-----
Congratulations on your great new album, Headphones. How would you describe it compared to your previous record?
[JK] That's kind of you. Thank you very much! It's a lot more focused. I threw away almost 90% of whatever I had written and then I picked out the best pieces of music and made them into songs. Only a few of them were good enough and honest enough to get to be on the record which is different from the other two records. They got released as soon as they were finished and a lot of the time, the lyrics weren't even about anything. Maybe just words that sounded nice together. Now, the words mean something to me and I've also become a better songwriter in general. Better with chords and better at recording. The quality of everything is simply better.

The record took a long time to record, and I believe you used various locations - are you a perfectionist?

You could say that I am a little bit of a perfectionist, if that even exists but the most enjoyable location was at a 15th century castle in Denmark, called Engelsholm Slot. That is an amazing place. The record took this long to record because I wanted it to be so much better than the other ones. I look at it like this. The two first albums were like my own personal schools of songwriting and when the third one came out, it was like my graduation piece. But I'll still be learning for the rest of my life, hopefully.

How does it feel to finally have it released?
It feels like such a weight has been lifted off my shoulders. It feels really, really good. I put together a band the other day to play the album and it sounds fantastic. I can't wait to start playing it live.

You must have been delighted with the reaction to the lead track 'No Need To Hesitate' last year, do you have a favourite song on the record?

If I had to pick one favorite song off the album, it would probably be Typewriter, because that whole song was recorded in the castle. Although, I have to admit that it's really hard for me to pick one because it seems like they are all equal to me. It was really nice to get the reaction to No Need to Hesitate. A good motivation. 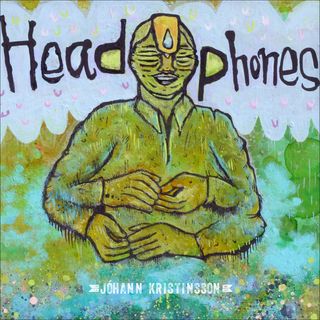 Can you tell us about the artwork? It sounds like that was also quite a process.

Þórir Örn Sigvaldason is the artist behind this cover artwork. When I visited him, asking if he could do this for me, he started showing me all kinds of different things that he collected. Books and street signs and all kinds of stuff. He showed me this guide book to sign language from the 80's I believe, and I opened it. The first sign I saw when I opened the book in the middle, was the sign for ''Creating''. That was it. I wanted that sign and that's what the cover of the album says. "Creating".
What recent music would you recommend to people who are enjoying Headphones?
Wow, I really don't know. I don't follow new music that much. Pass?
Can you tell us about any plans to play live shows at home or elsewhere?
I'm doing a release concert, probably in late July here in Iceland. I will announce it soon but I'm playing a festival here in the Western Fjords in Iceland, called Rauðasandur Festival in the beginning of July. Other than that is to be announced.
-----
You can listen to and buy Headphones by Jóhann Kristinsson right here, and you can also track him down on facebook and on soundcloud.