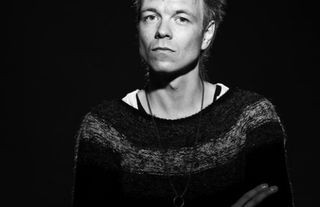 In 2006, a few years after I had established that there was more, much more, to Icelandic music than those Sugarcubes and their singer, an album appeared called Wine For My Weakness. It's an wonderous album that I still listen to regularly, I have loved it from the first time I played it. The live shows back then were great too - I remember a one-man show in Dillon which featured an absurdly perfect cover of Billie Jean as well as most of that album. This guy could go from acoustic tenderness in the corner of a bar to full on sparkly, posturing rock-God as part of Mugison's band that transformed his early folky songs into the rock songs they have now become. As well as all that, there have been collaborations, production & arrangement duties (Slowblow, Telepathetics, Mugison...) and film soundtracks going on.

This is all sounding very complimentary and friendly, but man am I cross that I've had to wait until now for a full length follow-up to Wine For My Weakness! Luckily the arrival of God's Lonely Man has made the wait worth while, and I was very happy to see the voting public (you!) agreed - the album finished 3rd in our vote for Album Of The Year.

I had to have a word with one of the hardest working, and one of the nicest, guys in Icelandic music...

Hi Pétur - where are you and what are you doing?

I'm at home right now trying to work out distribution in Europe for the album.  Hopefully there will be a European tour in 2013. 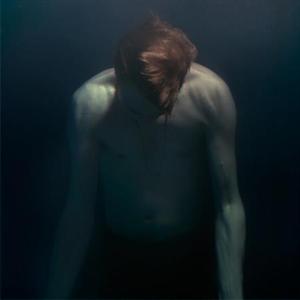 That would be great news, don't forget to come to London!

So, congratulations on your third place in the iceblah album of the year vote! Is this the highlight of your career?

Thank you very much. I would say it's an artistic highlight for me.  I'm very proud of this thing.  I wanted this album to be different and it took a long time to get here but I believe I hit what I was aiming for.  It took a lot of strength and will to go away from what was expected of me and go in a different direction but it was very necessary for me to do.

And you must be very pleased with all the great reaction to the album and nominations for much better awards?

It has had a great critical reception so far and that helps and I'm very grateful for that.  Hopefully people will catch on to it.  It's a strange record but I believe that it's a good thing and that the album will find its way eventually.

How and why did you decide to fund the album by crowd-sourcing on karolinafund?

Ingi Rafn approached me because he heard I was working on a record and that I was planning to release myself and he was just about ready to start karolinafund. I wasn't even thinking about how I was gonna finance it.  In retrospect I'm grateful that he contacted me cause I don't think I could have done it without them.

Did it make the recording process feel any different knowing that there were eager investors waiting for the results?

Well the thing is Karolina fund only paid for the manufacturing of the CD's.  The record was already recorded  when he approached me.   I was in mixing when we first met so I knew that I had something.  But of course you want to do a good album for the people who are buying it in good faith.  I hope I didn't disappoint them.  I can only do my best.

We had to wait a long time for the follow-up to Wine For My Weakness, might there be another solo album in the near future or are you planning other film scores or collaborations?

I'm doing a film score for Ragnar Bragason's "Metalhead" this year and then I'll be working on the next Kippi Kaninus album which I'm very excited about.  Hopefully you won't have to wait as long for my next solo album. I already have some songs that I want to do.   Maybe I'll release an EP or something this year.

Thank you so much for your time, and congratulations again on the album.

Thank you for your charitable work on your blog.  We need all the help we can get.

So how about that? Everyone is being nice to everyone else. Iceblah readers are very, very good judges of good music so if you haven't yet heard God's Lonely Man I really think you're going to love it. Find it in all the normal places, like gogoyoko.