A good excuse, and The Kaiser Chiefs

I have the best excuse yet for the woeful update. Mini Iceblah (a very beautiful James) arrived just one month ago, so all my attentions are going that way. And yes, of course, he will soon be subjected to various pieces of Icelandic music and I will report back on those experiments right here.

What sends him to sleep?

What gets him dancing?

What makes him actually sick?

We really shall see...

I'm sure this is really old news, but I am really impressed with the snazzy thing The Kaiser Chiefs have done with their new album. Despite their heroics (especially off stage) at Iceland Airwaves 2006 (was it really so long ago?) there was a very small likelihood that I would even notice a new album from them, let alone spend money on it. But, I was so pleased by their idea (if you don't know, find it here)  that I have auditioned all 20 tracks, made my selection, designed some artwork and made my album. And you, yes you (!), can now buy the iceblah edition of the Kaiser Chiefs new album by following the link that has hopefully appeared above. 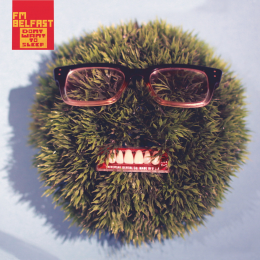 So, I must get back to holding the baby. But not before a quick plug for the new album by one of Iceland's very, very best - FM Belast have recently launched the absolutely wonderful (and most appropriately named album in my life) "DON'T WANT TO SLEEP" - anthems for everyone. Find out more.

Congrats with James!
Named after the band?

Ha Ha! No. But I could think of worse bands to be named after!