In the last post I said that I like the foreign bands at Airwaves to be ones that are popular and cool but that I don't like - so I get more chance (and more space) to see the bands I do like. Well that made me think of 2 things. Firstly, how many fabulous non-Icelandic bands I have seen over the years at Airwaves, and secondly what sort of overseas bands would I really love to appear of the Airwaves website as confirmed 2009 artists.

So Mr Airwaves, (or should that be Mr Destiny?), some non-Icelandic bands that I would love to see this year, and that are mostly reasonably possible. But, you know, you could still call Prince - he might fancy it. 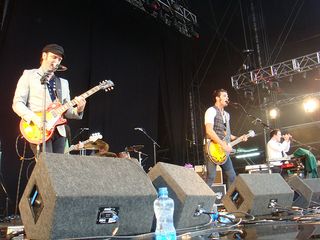 The Blizzards - (right) Fast-rising Irish guitar pop band, awesome debut album coming soon, one of those you can book now and be very pleased with come October. They remind me of Jeff Who? Judge for yourself...

Mr B The Gentleman Rhymer - (down and right) I admit I *might* be related to this one. But live entertainment (and that is the right word) don't get much better. Done Glastonbury, off to the Edinburgh Festival. The BBC said "pure genius" 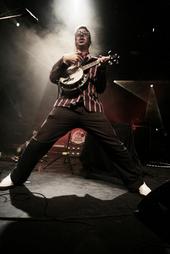 Passion Pit - Get us dancing. Even me. The Neo Tokyo remix of Sleepyhead is one of the best things heard all year...

Hockey, Carolina Liar - together because I get them a bit confused, great songs though and good rising profile.

Teitur - Easy - do the Faroes even count as overseas? 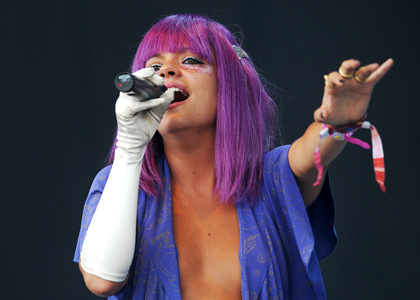 Alaska In Winter - What's that? You already have? Good work. Love that one about speedboats.

So, the bad news is that while I've been putting this list together applications for overseas bands for this year has closed. I'll choose to ignore that and dream on anyway. Still, the promoters would surely wish to act on this beautifully curated list. Or not.

And to part two - my ten personal favourite non-Icelanders seen at Airwaves festivals past... 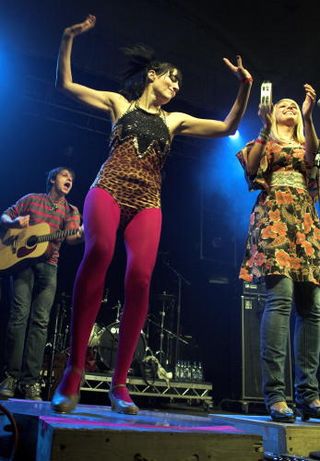 2005
Jose Gonzales in 12 Tonar
The Perceptionists in Gaukur

2007
The Teenagers in Nasa
Bloc Party in The Art Museum

Great memories, and I surprised myself slightly by leaving out so much great stuff; The Bravery & Keane back in 2004, AuRevoir Simone & Architecture In Helsinki the following year and Metric & Amanda Blank in 2006 etc etc. And I thought I was all about the Icelanders.

So, in a rare appeal to the massive readership of this blog, please send in your non-Icelandic Airwaves highlights to me as a comment to this post...

I saw Patrick Watson at Gakurinn in 2006 as well, great show. Trost from Germany (Austria?) put on a memorable, if somewhat drunken, show in the National Theatre basement.

Boys In A Band were so great last year, I hope they come back. CSS were the worst.

A bit harsh on CSS there methinks. PAtrick Watson was a huge highlight, and have fallen in love with his music ever since. Jose Gonzales in 12 tonar was a bit good. Gojira was a hugely unexpected highlight - only saw them in Nasa owing to the ridiculous crush in Gaukur

So nice and good posting. i liked it. keep going. :)